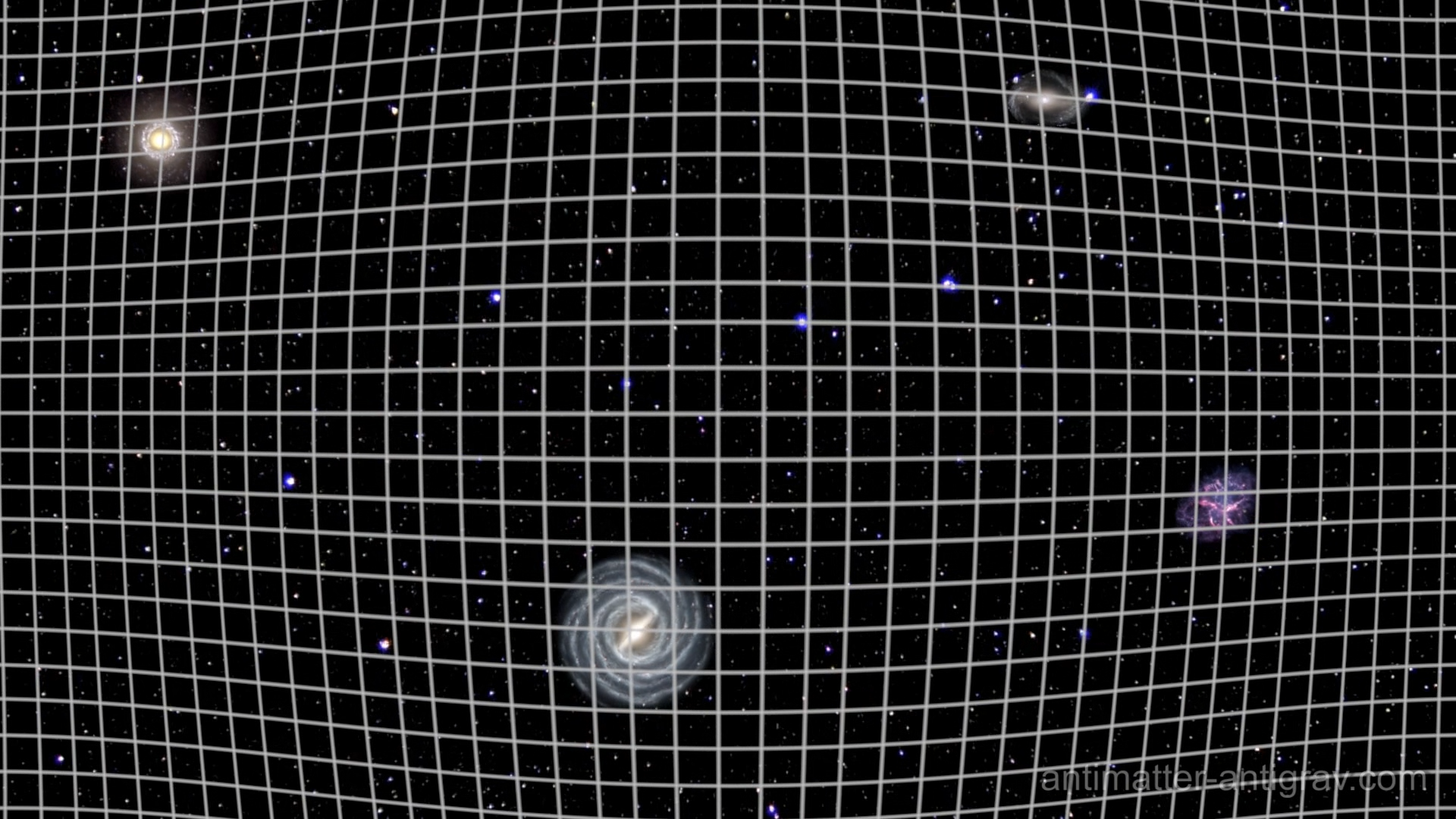 So let’s take a step back and see what observations tell us there is a mystery here.  In our current theory of gravity, everything attracts everything else, so the expansion of the Universe must be slowing down.  But recent observations   of Type 1a supernovae [1] indicate that the expansion of the Universe is not slowing down, but may actually be accelerating.  In order for the theory of General Relativity to be consistent with this observation, it is necessary to add a “cosmological constant” to the equations.  There is no physical motivation for adding this constant except to make the predictions match the observations.  In order to provide a physical basis for the cosmological constant, physicists have postulated the existence of Dark Energy, but the nature of Dark Energy is a complete mystery.

It is not obvious if the expansion would just be coasting, or if it would be accelerating.  We can use an analogy from the electric force to see that there could be a net repulsive force.  The analogy comes from the fact that ionic solids, which are electrically neutral but with alternating regions of positive and negative electrical charge.  Ionic solids are stable because the net force is attractive when all the attractive and repulsive forces are added.  However, with electric forces, opposite charges attract and like charges repel.  If we were to change the sign of these forces, making opposite charges repel and like charges attract, then the sum of the forces would be repulsive and ionic solids would not be stable.  This might be the case for the Universe, with gravity supplying the net repulsive force we label Dark Energy.

Antigravity for antimatter solves the Age problem a different way.  A universe with no net gravitational charge would be expanding linearly; the calculated age of a linearly expanding Universe is very close to the age of the oldest known objects in the Universe.